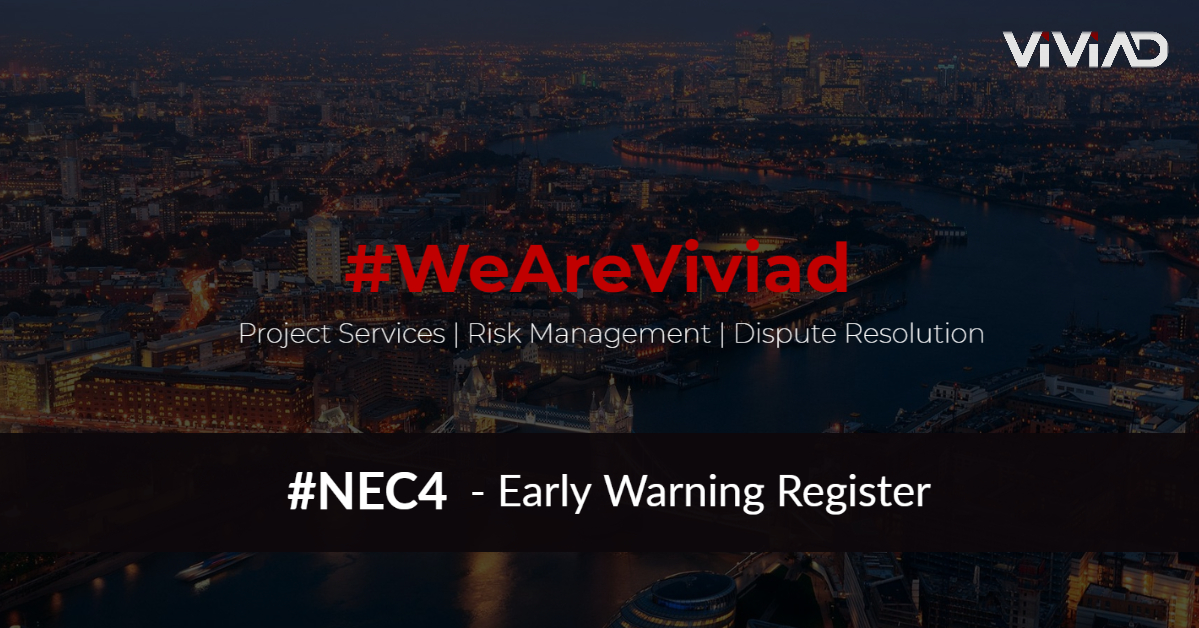 NEC4 replaces the NEC3 Risk Register with the Early Warning Register (EWR). This is a sound change given that in NEC3 the Risk Register was confused with project risk registers supplementary and external to the contract. Saying that, the breadth of information contained in EWR may render the conventional project risk management processes redundant, especially in projects where quantitative risk assessment is neither desirable nor detailed within the scope.

NEC4 remains relatively concise on the content of the EWR. While industry standards elsewhere prescribe the minimum content of a risk register in deeper detail – like mitigation ownership, probability and so on – NEC4 limits itself to definition (11.2(8)) and laconic instruction from sub-clause 15.1. Saying that, by way of implication, some details can be filtered from sub-clause 15.3. The first EWR is prepared by the PM, which is now explicitly indicated.

The proactive side of risk management under NEC is strengthened by the Early Warning Meetings (EWM), which promote early identification of risks and motivate parties to manage risks in line with the risk management cycle. (Interestingly, this also means that the contractor will not be independent in his or her decisions, as the PM will be able to exert influence in matters related to EWs.)

NEC4 is more prescriptive in terms of frequency of EWMs. The first EWM must occur within two weeks of the starting date, and then either by instruction from the PM or the contractor, or as per the Contract Data. As per clause 15.3, those who cooperate in EWMs should produce five outputs. One of these is production of proposals on how the effects of each matter in the EWR can be avoided or reduced, which implies a search for mitigations and elaborates on what was presented in NEC3.

Sadly, NEC4 is silent on the efforts that should go into this and the parties obliged to be involved in this under the contract. In my view, this arises from many other clauses: the duty to act in a spirit of mutual trust and cooperation; the contractor’s duty to act promptly, and so on. The question is whether the mitigation effort can impose any financial burden on the contractor. This is also unclear in relation to the actions that will be taken after the EWM is concluded, but which may be necessitated by the urgency of the matter. Furthermore, the extent of cooperation remains undefined – how far should it go?